Difference between reach and impressions — let's put it simple 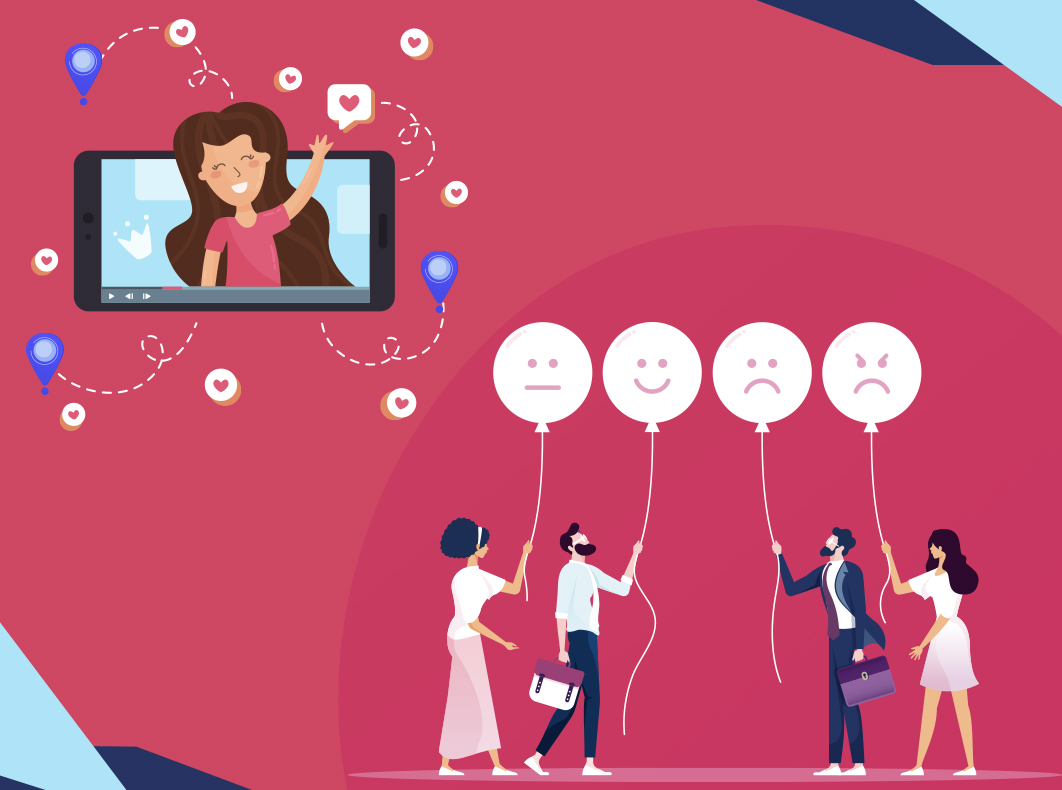 If you want to build brand awareness and reach a loyal audience, it is important to run large-scale ad campaigns. Typically, the two main metrics that measure the success of these campaigns are reach and impressions. It is important to understand the difference between the two definitions. We decided to cover the main issues in this article.

What is social media impression

An impression is one demonstration of an ad to a site visitor, search engine user, or social network user. In internet marketing, this term is used in several cases:

What is social media reach

Reach is the number of people who have seen your ad message, community page, Instagram profile, or post at least once.

Reach measures unique users. If a person visits your page several times a day, statistics will count his visits as +1 to reach.

Non-unique views and visits are counted in the "Impressions" or "Views" metric.

How is reach calculated

Calculating the reach can be done in two steps:

How impressions are calculated

Impressions are the total number of times your ad has been shown. One person can get multiple shots over time.

Counting impressions is simple. For example, if one person saw an ad five times, that would count as five impressions. Impressions are calculated by multiplying the number of Spots by the Average Number of People.

Here's an example of an Instagram post analytics where we can see the reach is less than the number of impressions. At the same time, 10,302 users have seen this post a total of 13,748 times. 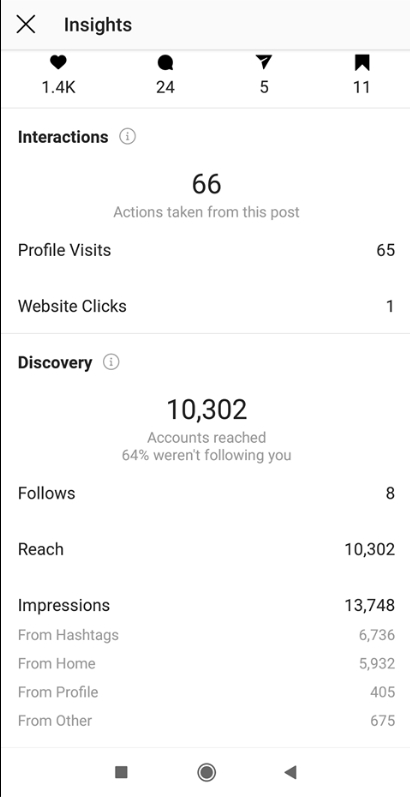 Reach on Facebook, like other social networks, is different from impressions, which the system defines as "the number of times your ad has been on screen." A unique user could see a message in their feed five times throughout the campaign; this will count as five impressions.

But neither “reach” nor “impressions” indicate that someone actually clicked on your ad or even didn't see it. Moreover, according to the social network algorithms, it isn’t necessary to start playing the video to count the impressions. It’s best to say that impressions measure the number of times your content may have been viewed. 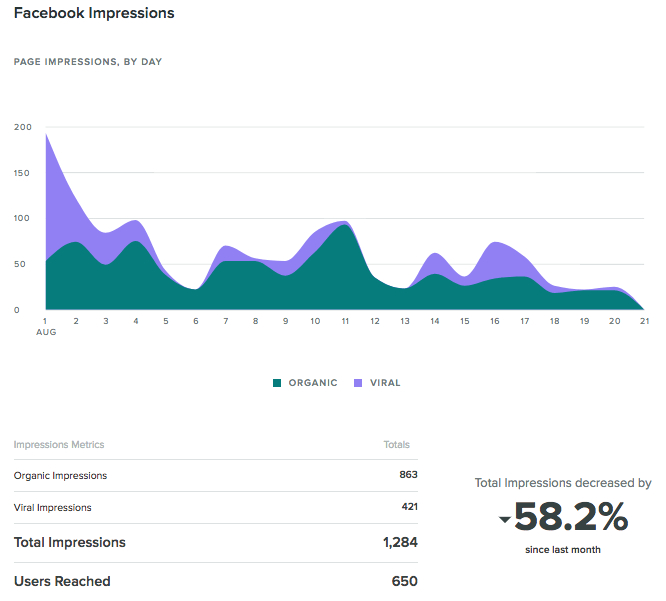 But how do you know if your reach and impression data are real? To do this, Facebook divides impressions into two categories: "served" and "viewed".

If an ad is “served,” it simply means that it was paid for and that the system decided to place it somewhere (at the top of a highly visible news feed, in a sidebar ad unit, etc.).

"Viewed" impressions are counted when a user sees an ad on their screen. If the user does not scroll to see the ad or leaves the page before it loads, the ad isn’t considered viewed.

Twitter doesn’t track Reach, so things are a little simpler in this case. Twitter defines "impression" as every time a Twitter user sees one of your tweets — either in their feed, in search results, or as part of a conversation.

For example, you have 3000 followers, and every one of them has seen your tweet at least once. It means that the tweet received 3000 impressions.

It's important to remember that how you use the platform will significantly impact your average impressions per tweet. 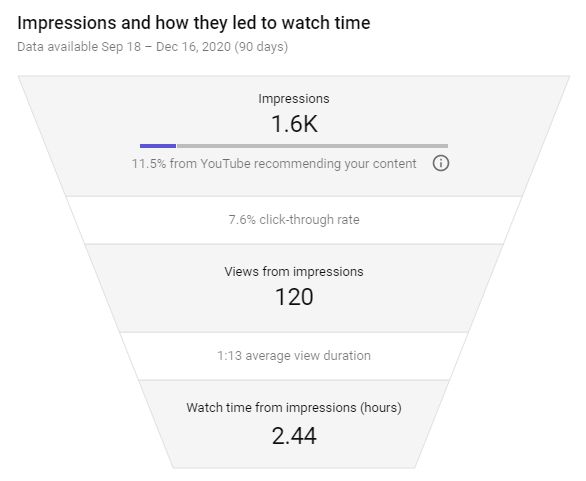 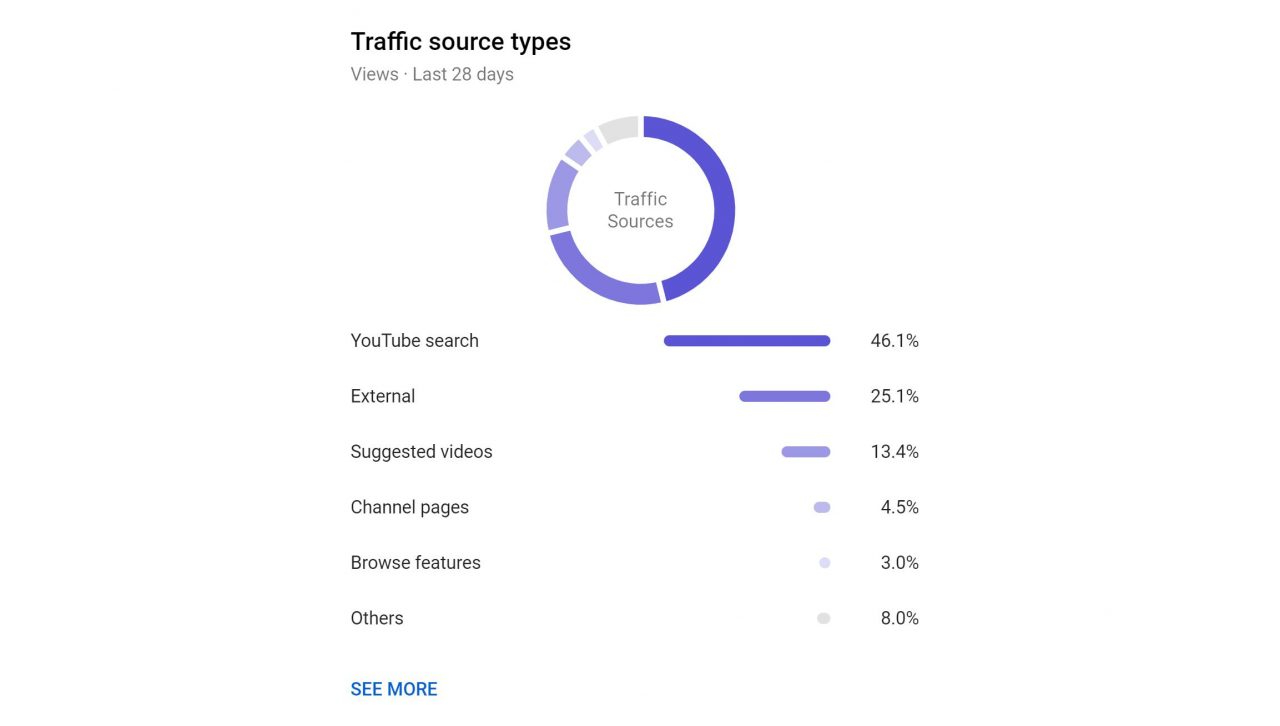 Reach vs impressions in Google Analytics

Google Analytics also provides reach and view data. The metrics "Users" and "Pageviews" correspond to this.

The "users" indicator is the same as the reach — it shows the number of people who visited your resource at least once during a particular time.

Pageviews tell you how many times your visitors have viewed a page.

Reach vs impressions in Google Ads

Google Ads has one important feature: reach is divided into unique and cookie-based.

Unique reach displays the number of people who have been shown ads across different social networks, formats, and devices.

This parameter includes two metrics: the number of unique users and the average frequency of impressions per user. 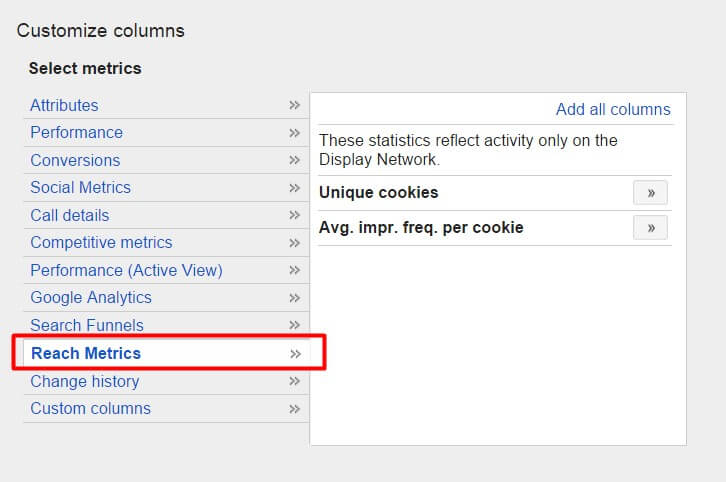 This type of coverage is approximate. Many internet users use not one but several devices or browsers with different cookies. Therefore, the parameter may include duplicate views.

How to track reach and impressions

By tracking your reach and impressions, you can see how effective your ad campaigns are. You will also understand in which areas it is worth improving your work.

Tracking both metrics can help you:

To correctly track reach and impressions, you should use proven tools such as Postoplan.

Postoplan is a smart, automated social media and messenger marketing platform that allows you to create, schedule, and promote content.

We offer you a free 7-day and PRO account. You will appreciate the benefits of the service and the convenience of tracking reach and impressions.

Which is better reach or impressions?

This is a simple question with no simple answer. As with other metrics, the one you choose to focus on will depend solely on your current marketing goals.

Why are impressions higher than reach?

Impression rate is always higher than reach. Impressions mean how many times your post has been viewed in total. If your post has been viewed ten times by one user, then the reach will be 1, and the number of impressions will be 10. In the context of social media algorithms, this means that the more people return to view your post or read the text under it, the more interesting it is to the audience. This is one of the signals to give additional coverage to the post.

Why are my impressions lower than reach?

The reason would be organic traffic to your site, which is a very good thing. Suppose you are only looking at your ads dashboard. In that case, it could be the result of people clicking the advertisement more than one time per impression, or, also, the result of them sharing the advertisement and people clicking it, which means their clicks/views aren’t registering as an ad impression.

It’s difficult to say which coverage is considered good. The fact is that numerically this indicator gives an idea of both “good” and “bad” only when considering the involvement. So, the following ratio can be regarded as the norm:

The best social media analytics tools and tracking for business. Many useful options, including Postoplan →Best platform for social analytics! 19.04.2021 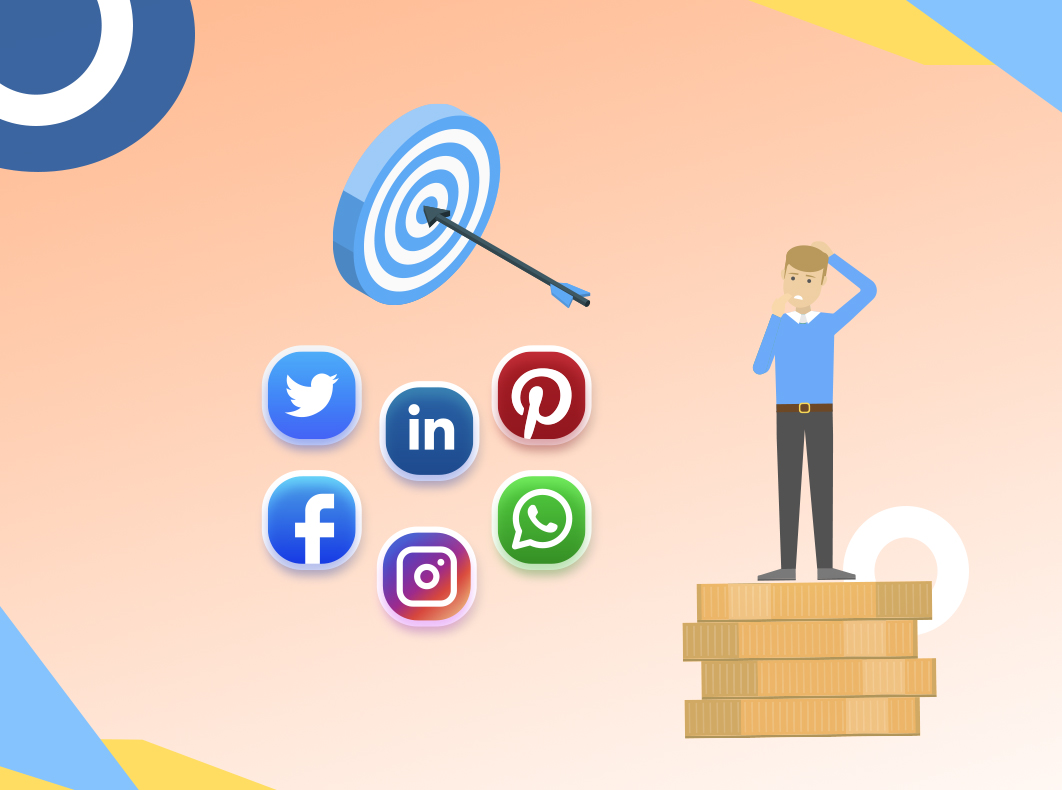 Low-Cost Marketing Strategies Every Small Business Should Know →What is the most effective way to do marketing when you have a limited budget? →Learn more 17.03.2021 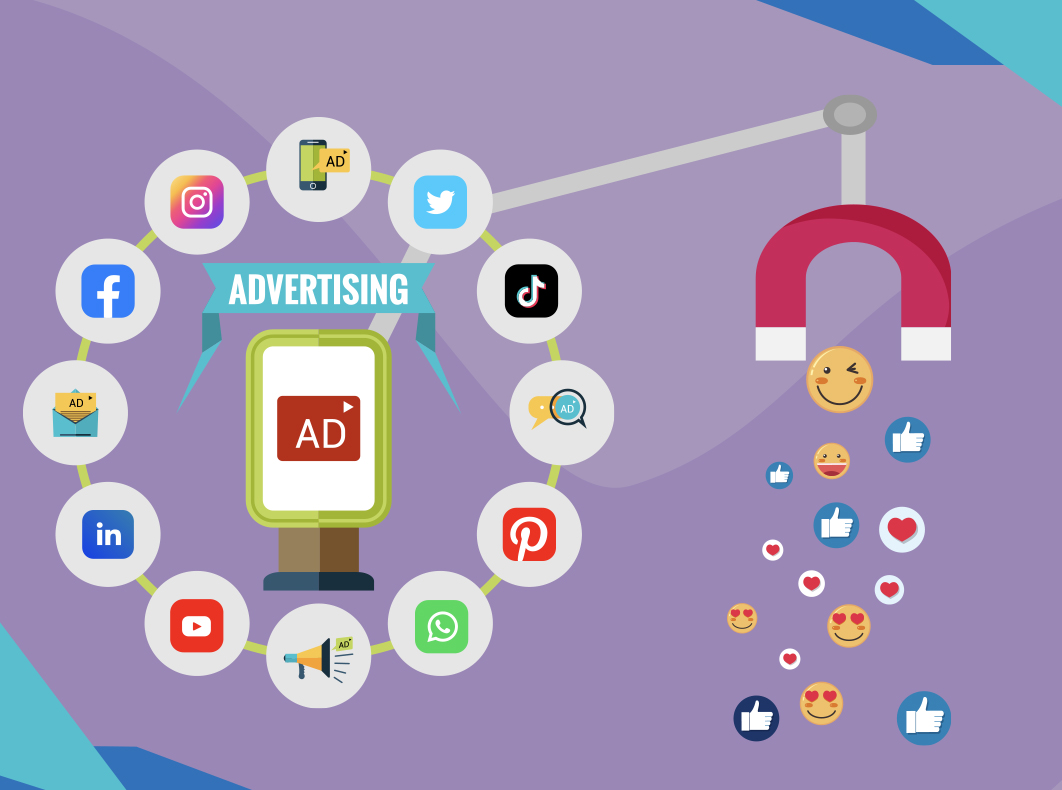 What is the best social media targeted advertising strategy for 2021

Using targeted ads on Facebook and Instagram is a way to make your brand more popular. We’ll tell you how to launch an advertising campaign on a small budget. 01.04.2021
How to Conduct a Social Media Audit in 30' (& Free Template)