Allows you to create, schedule posting, and promote content.
Working with accounts and increasing clients on autopilot.

POSTOPLAN is an award-winning service trusted by 100,000+ specialists and companies from 147 countries

Using POSTOPLAN you can get

According to the survey, 3,000 users POSTOPLAN

Thank you for mentioning POSTOPLAN 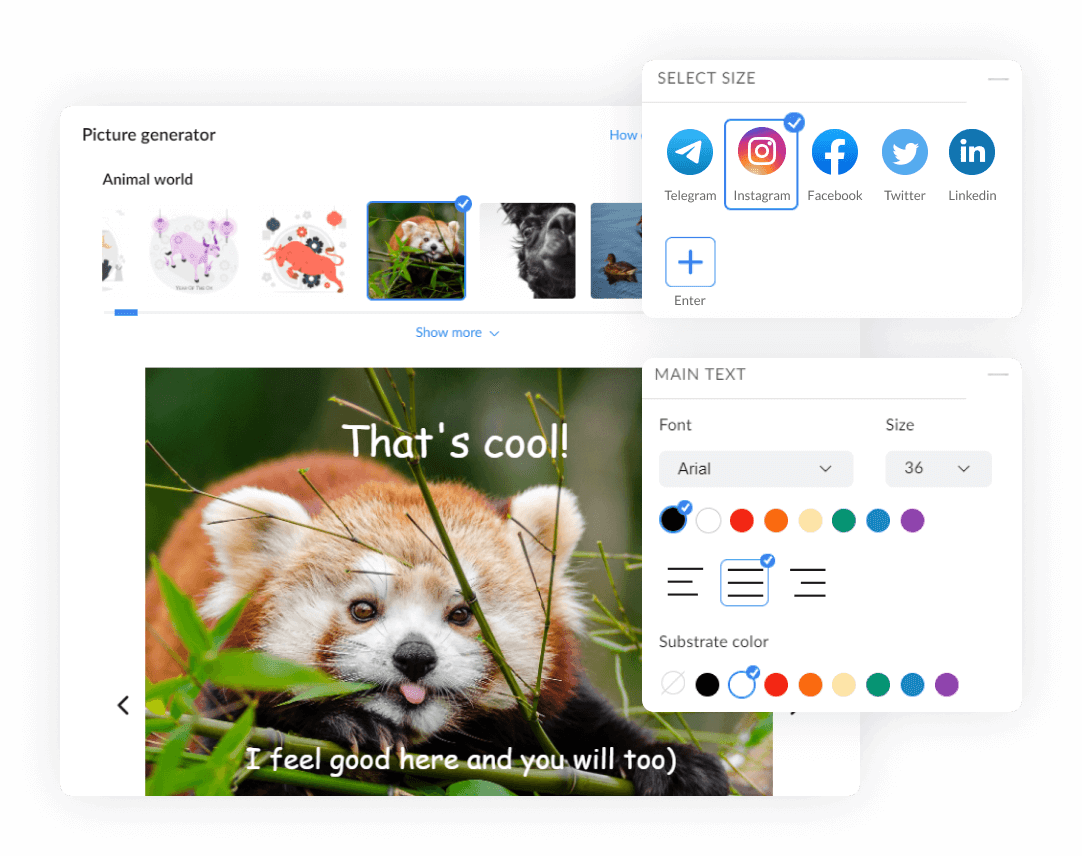 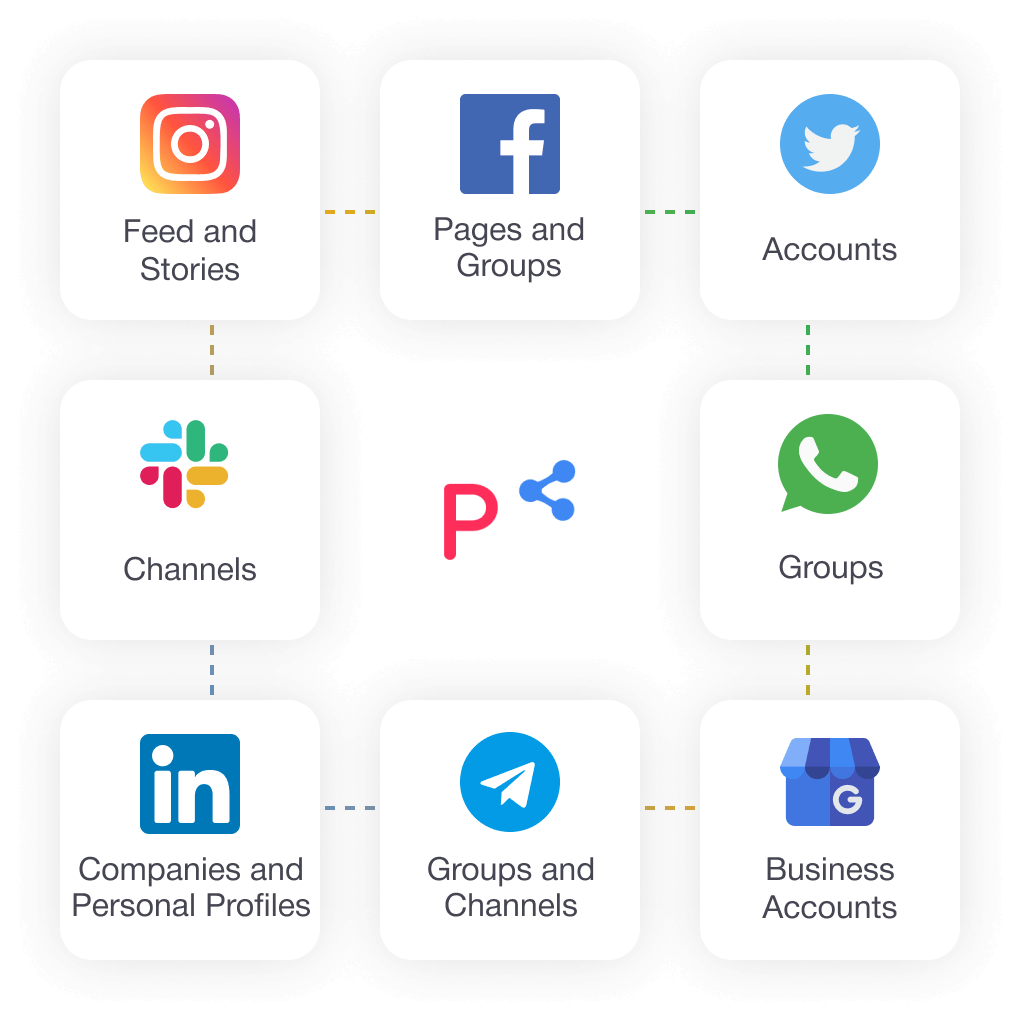 This convenient social media management tool allows you to see how your post will look in your feed. Then you can schedule it ahead of time.

You can focus on other work and not be distracted by manual posting.

Increase your audience and number of clients

You only use scheduled posting, and your audience grows naturally. 60% of POSTOPLAN users noted an increase in audience already in the first months of using the service.

If you need even steeper growth, use the built-in smart paid advertising. You don't need to configure anything, we will do everything for you *.

*This feature will be available very soon. 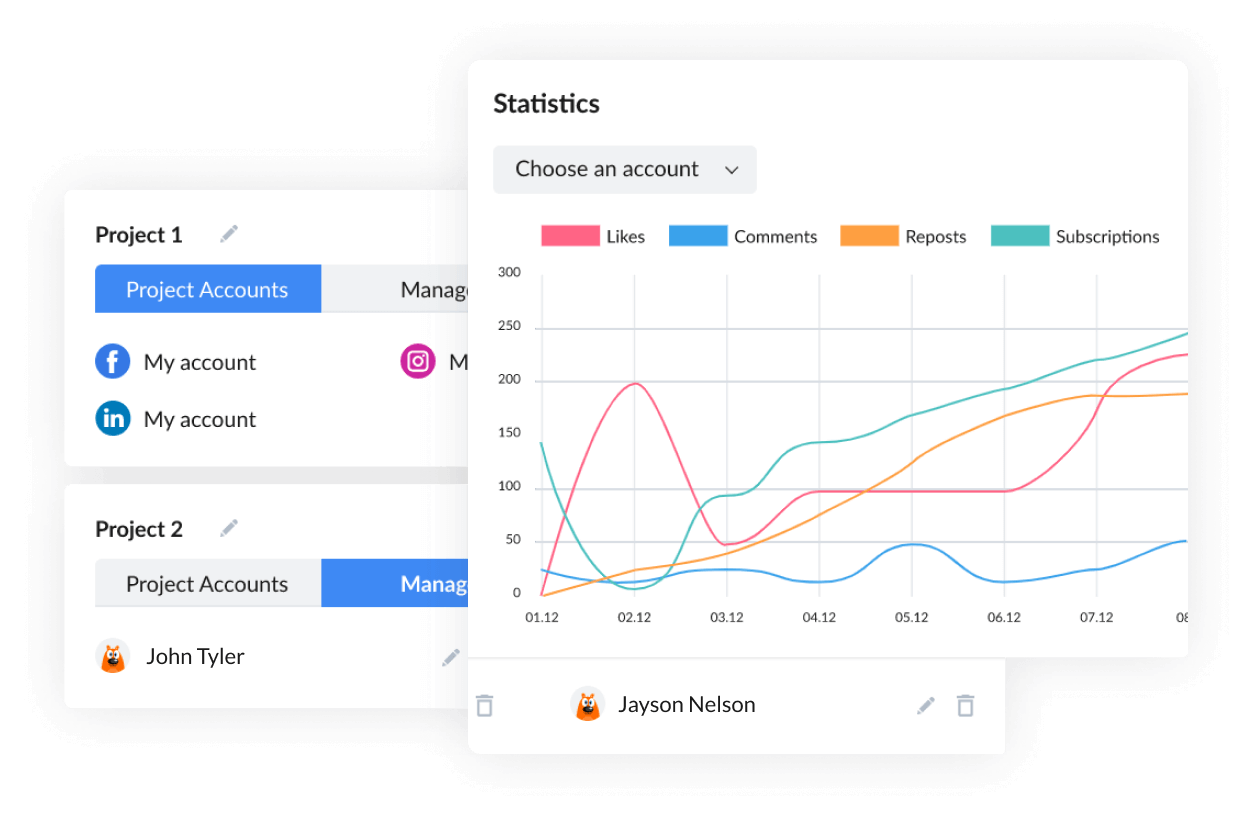 Over 100,000 specialists and companies from 147 countries trust us

What you get with social media marketing POSTOPLAN 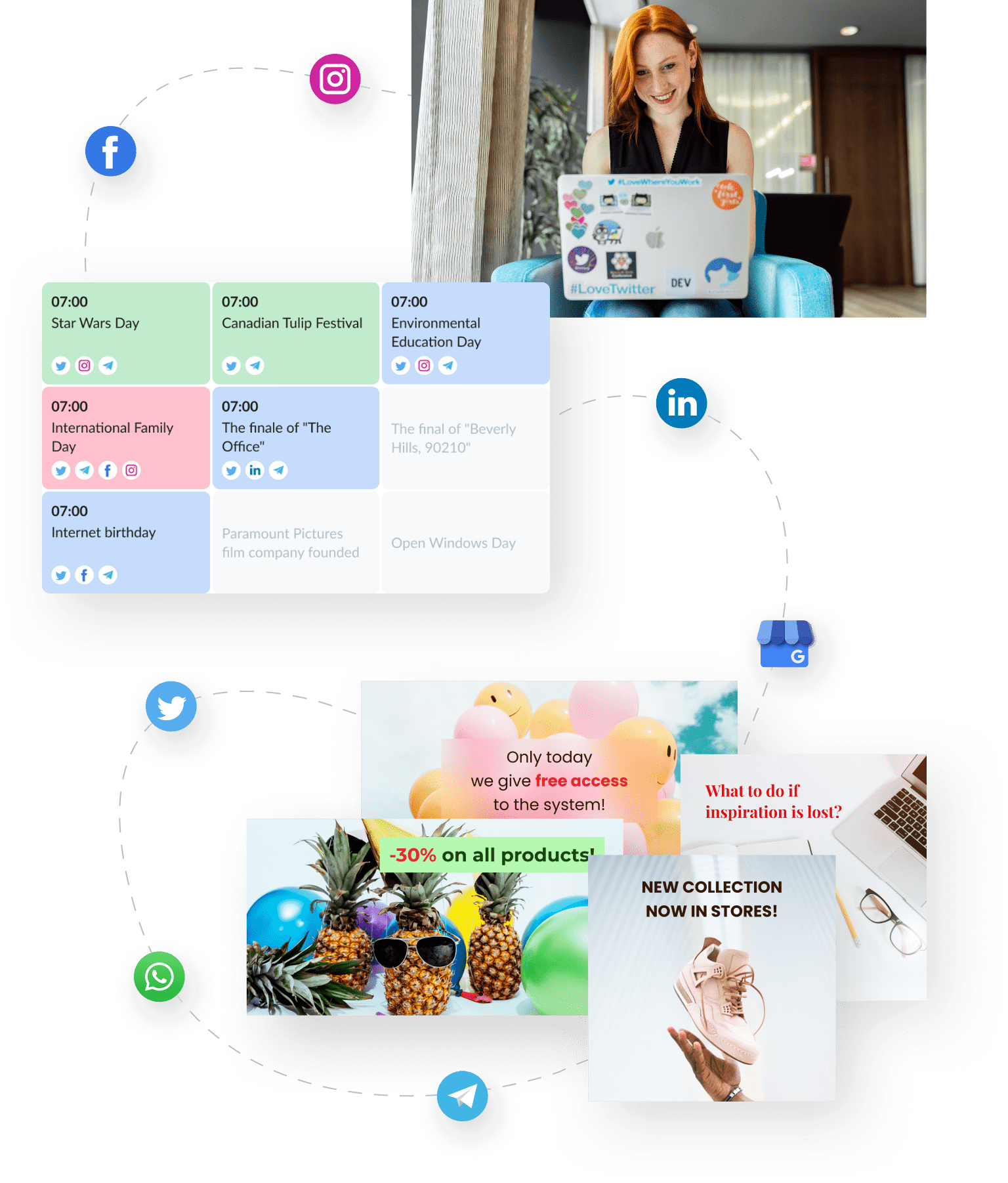 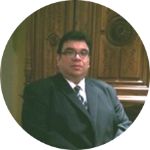 With POSTOPLAN, I control and schedule all my posts. It allows me to manage my time and all my social networks using the same tool. This system allows me to schedule posts and respond to comments, measure statistics, and schedule my publications in advance. I reduced the time I spent on scheduling and analyzing data by over 70%.

The menu is very convenient to work with, and the display of the posts in the calendar makes management and organization even more effortless. I am impressed with POSTOPLAN’s versatility. The web interface is powerful and user-friendly.

With POSTOPLAN, I have learned how to organize my posts by time and visualize my online activities in a calendar format. It feels like without POSTOPLAN I lived in the Stone Age, but now I have a massive advantage in digital marketing planning. I recommend it. 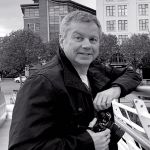 I have been using POSTOPLAN for nearly five months after initially discovering it on ProductHunt, and I am so grateful I did. Although it is fairly new and there have been teething problems, the support team and developers are quick to react to any issues, and they are fixed promptly.

POSTOPLAN has made my social media planning a lot simpler because I can pre-compose multiple posts and publish them to multiple channels. I immediately switched to the paid version to schedule posts further before seven days, and because the initial offer was very tempting.

I was asked to complete a short survey on the service currently being offered, and I had suggested that there could be a system for storing and managing frequently used hashtags. I have since been informed that it should be implemented in the next month, so that is a big bonus.

There are also some nice touches like changing the interface theme between 10 themes so you can go darker (my personal favorite), lighter, or even more colorful. And there are daily suggestions for post content available if you want some extra inspiration.

All-in-all I am very impressed with POSTOPLAN. I have researched and trialled many other services, but POSTOPLAN suits my requirements best and is also fairly priced.

I wish the POSTOPLAN team all the very best and continued success for years to come. 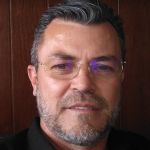 I receive all the important notifications! It's a great tool to help me manage my time.

Another advantage is that I can synchronize all my social pages and manage them from one place, which is very important.

And I also like the fact this software has no annoying ads. POSTOPLAN is the social media management tool I’ve been long searching for. On the whole, I like POSTOPLAN! 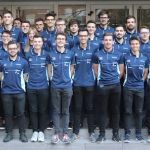 POSTOPLAN offers two excellent and very useful advantages for us! The first is having our various social network pages all in one place and the second is being able to schedule the posts we need at the same time.

This way, we can write different texts for different social networks and do all this without having to switch from one account to another. It's even better that the system lets us make scheduled posts. It helps us a lot because the all can be created at the same time.

Also, the scheduling can be done within seven days using the basic Postoplan version, so you can easily schedule posts for the whole week. This is a good solution for well-coordinated team marketing. 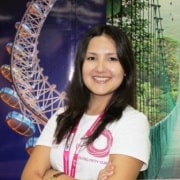 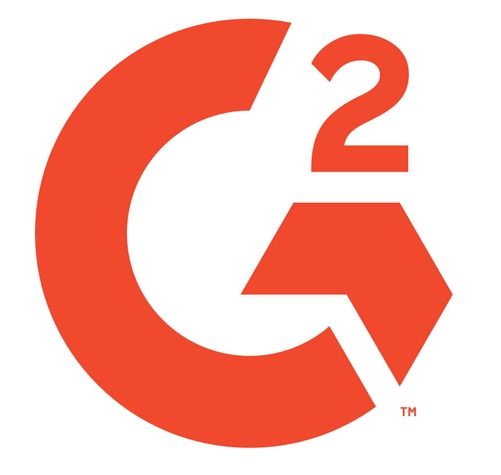 I'm new to POSTOPLAN and I love it already!

With POSTOPLAN I can easily manage not only one but six social networks simultaneously. This means I don't have to login or even open my other social accounts — I can do the whole job in one place.

Also I like that there's a whole calendar with international holidays here - great hints for scheduling my content. I already gave permission to other people to handle my projects because you CAN do it here. I give some of my projects for outsource to freelancers sometimes so I like that it's easier with Postoplan now.

I'm still on the free version and it's great because I can use up to 8 accounts at the same time (now I have only 5). But with PRO I can work from unlimited number of accounts and I can schedule posts more than 7 days in advance. And it's less than $2 a month so I'll jump on the PRO Postoplan as soon as I need it.

With POSTOPLAN I can make my life easier. It helps me use many social pages in one application and save hours and hours of my time. I have all the important notices in my pocket. 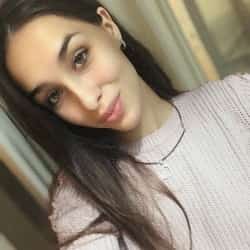 I want to share my experience of using POSTOPLAN. Very helpful service! Now we have posts published regularly, and I don’t have to worry about anything. And I like it is very convenient to see the statistics in your account.

Also, sometimes it can be difficult for me to find a topic for a post.

I liked that several times Postoplan helped me out with advices about it.

First, I must say thanks to POSTOPLAN. This system made my life easy. I am a freelancer and working on more than one social media platform and POSTOPLAN provides me one single platform to manage my all social networking platform.

When you are working as a freelancer you need to manage your client from different resources POSTOPLAN helps me to manage resources in one single platform and make my work smooth and satisfactory. This is the most user-friendly social service. It presents a clear and simple aspect that presenting a better flow. I can update my blog on social media accounts at the same time.

POSTOPLAN is the most efficient and effective tool. it never complicates things. POSTOPLAN provides the calendar that makes it easy to schedule your task. you can also save your time to schedule one time all your post in a day and feel free to complete all other tasks of your daily routine besides the social platform. It provides you more time to expand your business. it is easy to use and understandable. Its price is very low compare to its benefits. It is very easy to use and setup. Its quality is unbelievably very high.

POSTOPLAN also provides a photo editor that you can use and post on social media. I am using this editor to show a good picture of my research on Linkedin. POSTOPLAN provides a theme change facility you can change the theme according to your comfort and likeness. it also supports different languages.

You can also earn to refer POSTOPLAN to other colleagues and friends when they will use it.

Thanks again for this wonderful platform.

Once I signup I won 20 posts by just taking an informational tour about the app. Isn’t great?

This app offers you various things you can do with posts from scheduling posts about different categories to promoting them in different network accounts .I tried the trial and give a lot of things for example 2 cool informational post ideas for each day that I can use for my posts.

It also allows me to prepare a photo for publication by applying filters, resizing, adding a logo and for each post I can check the statistics how the post it is going.

I can create prescheduled posts for seven days and use my frequently hashtags to my posts. It reduces me time by not promoting late sometimes my posts and help me to strategize my content.

I can say that POSTOPLAN IS very user friendly by the graphics that it offers.

POSTOPLAN will make your work easier

And make your working day better. Thanks to it, you can:

free
0 USD No time limit for use

Registration is common and free.